The 5 Most Important Qualities of a Leader

Being a strong leader is one of the most important skills of a Network Marketer.  And leadership starts in the prospecting.  Too many people think that they don’t have to be a leader yet because they don’t have anyone to lead yet.  That’s just not true.  You have to be a leader, or at least exhibit some of the qualities of a leader, while prospecting at the very beginning or you’re not going to get the success you want or attract the right people to your organization.  You can’t say that you’re going to get an organization, and then become a leader.  People follow leaders.  So, you have to show your prospects that you are a leader.

“Hold on, Eric.  You mean I won’t succeed in Network Marketing unless I’m already this strong, influential leader before I even sign up?”

No!  That’s not what I mean at all.  Anyone who knew me 30 years ago, when I first started in Network Marketing, definitely would not have said that I was a leader.  I had to learn and practice in order to gain the skills I needed to be an effective and attractive leader.  But I did need to learn those skills early on if I wanted my business to see some real growth.

So, here are some qualities that you can learn and practice in order to become a stronger leader and that you can teach to your downline so that they become leaders as well.

One of my favorite movies is Braveheart because the character William Wallace exhibits many great leadership qualities.  One of those qualities is a leadership philosophy.  What is your philosophy?  Is it all about you?  Or is it about a cause bigger than you?

In Braveheart, the current leaders of the country had a philosophy that was all about them.  They were only concerned with their land, their title, their nobility.  But William Wallace was focused on something greater than himself.  For him, it was about other people, doing the right thing, finding justice, and gaining freedom for his country.

So, what is your philosophy?  Is it all about you and your success, your paycheck, your rank advancement, your freedom?

Or is it about something bigger than you?  Are you focused on freedom for others, doing something right, or spreading the message of how your products and services could help change lives?

This will make a huge difference in your leadership because when your philosophy is about something bigger than you, then your prospects will be more likely to rally around you. 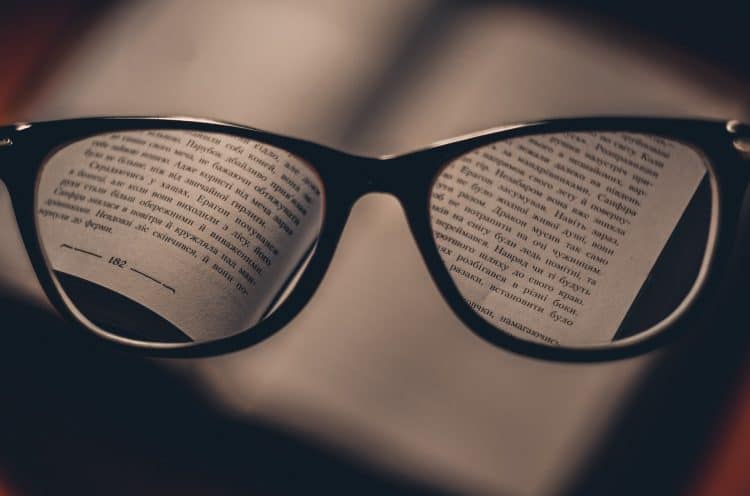 The second quality you need as a leader is vision.  What is your vision for your organization?  What goals do you want to accomplish, and what are your reasons for doing this?

So, spend some time thinking about what your vision is for what you’re trying to build in your Network Marketing business.  And get that vision clear in your mind.  Know exactly what it will look like.  Then get excited about it.  Become so excited about your vision that you can’t wait to tell that story to someone else.

Your vision is critical because when you focus on that, recruiting becomes less about getting people and more about achieving the vision.  When you focus on the bigger dream, all of those small things like getting the checks or advancing in rank, will happen automatically.

Now, you could have the greatest vision ever, but it doesn’t matter if people don’t know about it.  As a leader, you have to be able to articulate your vision.  This is why I am always talking about having a story to share with your prospects.

Tell the story of determining your vision and striving for it.  Or find someone else’s story to tell.  But articulate your vision through a story.

But don’t just figure out your story and then fumble through articulating it.  Find someone to practice telling your story to.  Tell it to them, get their feedback, tweak the story, and repeat.  Be the best at telling your story.  Get it to the point where anytime you tell your story, people get so excited that they take action.

Your story shares your vision, so you’ve got to get people excited about it.

It’s hard to be a good leader if you’re not competent.  William Wallace in Braveheart wouldn’t have been much of a leader if he’d charged into that first battle and gotten his head cut off.  He had to have a certain level of competence.

William Wallace wasn’t a professional soldier, and he didn’t know how to build an army.  But he had strong reasons, a vision, and the ability to articulate that vision.  And most importantly, he understood that most learning comes from the doing.

You need to go out there, go to work, and do the activities.  By doing that, you will learn the things necessary to be a leader. But at some point, you have to have a certain level of competence.  You have to reach a level where you can lead, train, present, or whatever skill that you want to become known for.  Building up your competence gives people faith in your, and they feel they can follow you safely.

This is why personal development is so important.  When you strengthen your own skills, become competent in the skills, it gives prospects the confidence to follow a leader who knows what they are doing.

And last, but most certainly not least, you have to lead by example.  This is a must.  How can you expect people to trust and follow you if you’re not willing to do the same things you ask them to do?

This is something that everyone struggles with, including me.

But if you want to be a great leader, you need to do the things you’re asking other people to do first. And then after you do it, you can show your team how to do it.

Walk your talk.  Do it first, and then show others the way.