How to Approach Prospecting

How Do You Feel Prospecting?

The problem most people have with prospecting is that they pitch their opportunity, and then they feel bad or awkward doing it.  They feel like they are hounding their prospects, and their prospects probably feel attacked by their approach as well.  Pretty soon, you have become known as the person to avoid.  Everyone’s like “Oh, don’t talk to her.  She’ll try to convince you to sign-up for her little parties.” 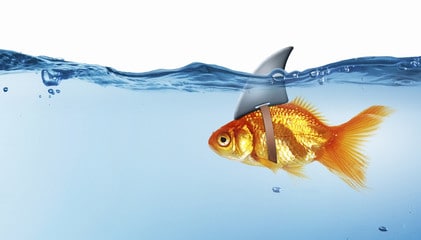 You’re not alone.  I did this too when I first started out.  I was a hunter.  I didn’t really care about relationships.  All I cared about was getting that new recruit.  I did get a few to join, but most didn’t.  And then people started to avoid me.  Even worse, the people I did get to join my business tried to do the same thing I was doing, failed, and then quit.  I was frustrated.  Prospecting wasn’t fun, and I definitely wasn’t being successful at it.

Here’s What the Pros Do

I started studying successful people to see what they did.  What I found surprised me.  They were building relationships, building friendships.  Their goal wasn’t to immediately recruit their prospects.  Their initial objective was to educate their prospects on what they had to offer and then let those prospects decide if it was something they wanted to do.

This was a HUGE switch in strategy for me and I began to look at things differently.  I put myself in the prospect’s shoes and thought about what would be attractive to me and alternatively, what would cause me too put up my defenses.  Instead of acting like a shark, I was more like a coach or consultant.  I built relationships and then offered common-sense solutions to people’s problems.

Form a relationship with your prospect.  Learn where they are in life, what they enjoy doing in their free time, what struggles they are facing.  And let them know you are genuinely interested in them and their lives.  Even if you just met them, become their friend in five minutes.  Then, you can make your invite as someone who share with them and educate them on an opportunity that you believe they would succeed in.

If you take this stance, you’ll find that prospecting becomes much less frustrating.  You’ll become comfortable with the process.  It will feel easy and natural, and you’ll find that you get more results.